Boomer Beach is one of La Jolla’s smaller, hidden beaches, tucked away from the buzz of life above the bluffs. Depending on the day, some may think this beach is timid and unassuming, but Boomer Beach can be quite the opposite. It is home to expert body surfers and a historic club of free divers that dates back to the 1930s–the Bottom Scratchers.

Those who frequent the waters off Boomer Beach know that it can be a force to be reckoned with. Sadly, La Jolla has seen many lives lost in the seas off Boomer Beach, and their close community of fellow ocean thrill seekers has chosen to pay tribute to them in a unique way, hidden both in and out of the water.

Body surfing–it’s just you and the ocean

Boomer Beach is a western-facing beach with rough surf and unforgiving rocky reefs. It is known to be a popular spot for experienced body surfers who know the waters well.

In a Sports Illustrated article from 1971 titled The Closest Thing To Being Born, La Jolla’s Boomer Beach is mentioned in their list of notorious body-surfing spots, and yes, as someone said, it is “the closest thing to the great trauma of being born.”

Although the article primarily references “the king of body-surfing spots, the Wedge at Newport Beach,” what is said about the sport of body-surfing is gripping, and chances are, it’s something that all the brave body-surfers that take on Boomer Beach can relate to.

Robert Gardner was still an avid body surfer at the time of that 1971 article and called body-surfing “different from board surfing… what’s the difference? You get creamed every ride, that’s what. Every ride is a disaster.”

“There are no phonies in body surfing. There is no glory in carrying a pair of fins. It’s a basic, primitive thing. It’s just you and the ocean,” he adds.

Gardner’s descriptions clearly depict the perilous nature of body-surfing places like Boomer Beach. It can be brutal out there.

In 1994, legendary lifeguard and bodysurfer David C. Freeman tragically passed away by drowning while out at Boomer Beach. After his death, those that knew him came together to create something unique and special to remember their friend, and it’s hidden in plain sight.

The memorial for Freeman rests atop the sandstone that overlooks Boomer Beach. At first glance, the green-weathered lifeguard box looks like a barnacle-infested stand, but upon a closer look, you’ll start to pick out strings of words meant to pay tribute to the heart and soul of our valiant lifeguards, past and present. But it’s also so much more.

Tranquility, adrenaline rush, spiritual healing, gentle breeze, rebirth, stoked, reefs, friends, euphoric, and free spirit–are among the many words that beautifully describe the all-encompassing core essence of La Jolla’s coast and all it provides to those who celebrate and respect it. It’s a vital code that “demonstrates the power of primal engagement with the forces of nature in all sorts of fields and pursuits.”

Look at the front of the lifeguard box and follow the “E” in lifeguard straight down to see the acrostic puzzle spelling out David C Freeman.

The lifeguard box is functional during the summer months, containing a phone to contact nearby lifeguards during an emergency.

In the 1930s, the San Diego Bottom Scratchers was the first official free diving club in the U.S., and it started in La Jolla. They were responsible for the modern design of the first face masks, goggles, snorkels, and fins used today to aid underwater exploration.

Ultimately, the Bottom Scratchers club ended when all its founding members died, but there is still a tight knit community of free divers active today that was established in 1994 as the San Diego Free Divers.

Offshore from Boomer Beach is home to the La Jolla Kelp Forest or the “Boomer Kelp Forest,” and it’s been a popular place for free divers to explore and enjoy. With its rise in popularity, free diving is considered the fastest-growing sport while also claiming many lives.

In his 2013 story in the San Diego Reader, Author David Good caught up with local free diver and spearfisherman Ryan Sweeney who said free diving is “an extreme form of snorkeling.” Free divers are attracted to the sport because of the absence of a scuba tank, which is bulky, noisy, and bothersome to sea life.

No tanks mean no oxygen, and free diving without oxygen requires regular practice, training, and mindfulness. Good says that “according to statistics, free diving is the second most deadly of adventure sports. You can run out of breath and drown. You can also get eaten by a shark.”

Only one thing becomes important: you want to live

The National Library of Medicine defines shallow-water blackout as “a loss of consciousness caused by cerebral hypoxia towards the end of a breath-hold dive in shallow water. It is usually caused by hyperventilating just before a dive, which lowers the carbon dioxide (CO2) level and delays the diver’s urge to breathe.”

Another local free diver Volker Hoehne admits the inherent risks of freediving while also saying that the experience brings clarity that “only one thing becomes important: you want to live.”

The tombstones of fallen watermen

Hoehne recounts meeting one of the old Bottom Scratchers club members Wally Potts who told him, “when I die, put a marker out there with the rest of the guys for me.” At the time, Hoehne didn’t know what he was talking about until he saw it for himself–the tombstones.

The tombstones are an underwater memorial that honors the members of the Bottom Scratchers and anyone who has lost their life to the sport since. The tombstones are not actual graves with remains, but various markers like old anchors, rocks with plaques, and headstones etched with the names of the fallen that frequented these waters, with some having been there since the 1940s. According to Hoehne, there are at least 40.

Hoehne was entrusted by Potts to maintain the tombstones and keep the memory of the fallen alive, a responsibility that Hoehne takes great pride in. 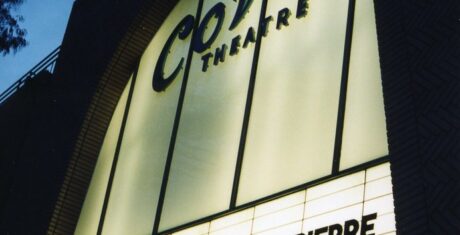 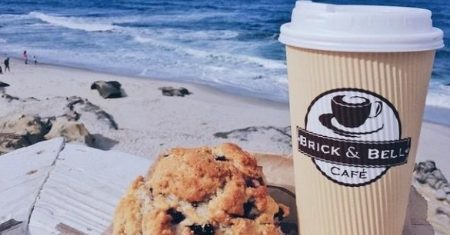 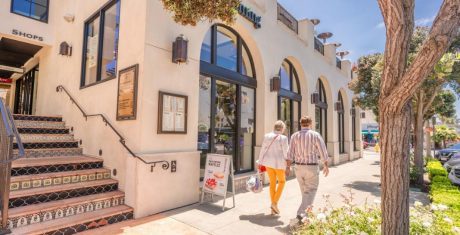